Tanzania is recognized for its marine biodiversity boasting a network of coral reefs, seagrass meadows and mangrove forests which provide food and shelter for a range of fish and invertebrate species. Some of the country’s most unique marine wildlife species are found in the coastal waters of Kilwa district including marine turtles, whale sharks, dolphins and whales.
Unsustainable fishing practices continue to cause degradation of marine habitats and contribute to loss of the country’s biodiversity that have an effect on the fishing and tourism sector which sustain the livelihoods of the coastal communities.

Speaking during the handover event held in Dar es Salaam, Songas Managing Director, Nigel Whittaker said, supporting the blue economy is among the flagship commitments of the company and that they are committed to support capacity building initiatives that contribute to improved livelihoods of the people in Kilwa. “Marine resources conservation and protecting the ecosystem is vital for the wellbeing of the coastal communities; we support Sea Sense initiatives to instil knowledge and skills that will ensure the prosperity of the fishing communities.”

Songas has supported Sea Sense since 2017, an organisation that works closely with coastal communities to design and implement a range of marine conservation initiatives that reduce threats to marine wildlife and promote harmony between wildlife and the communities that reside alongside the coast. Songas will be donate another $41,087 in 2020 to support the same.

“We expect to impact more than 1,000 people, including women who engage in small-scale fishery” said Sea Sense Executive Director, Ms Joana Trindade. “We also aim to improve the ecosystem and unlock economic opportunities for the communities upon completion of the outreach and training” she added.

Sharing his sentiments on marine conservation, Kilwa District Fisheries officer, Mr Mr. Ahmad Habib highlighted that, “the blue economy has the potential to support the country in realizing its ambitions to become a middle income country by 2025, I encourage other companies to invest in such initiatives for the sustainability of our marine resources for generations to come.” 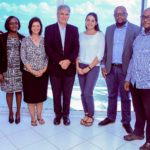 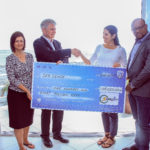 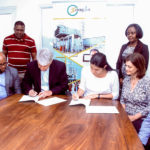